WELCOMING THE FUTURE OF MONEY WITH DIGITAL CURRENCIES 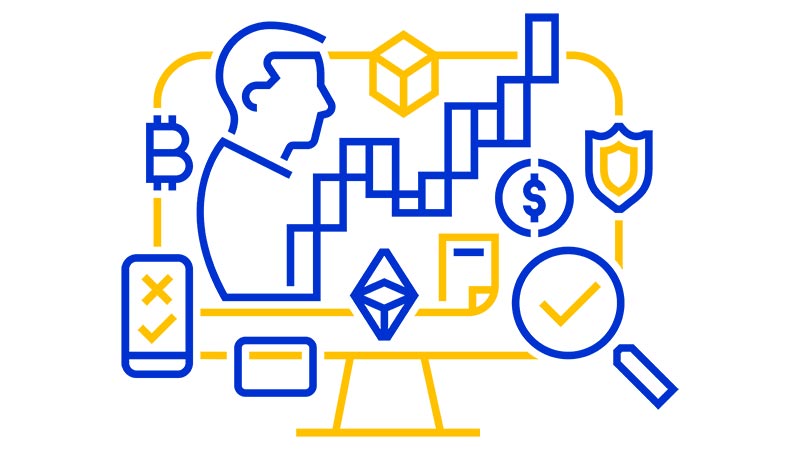 In payments, like in every other sphere, technological innovations have drastically altered social behaviours – businesses and consumers have actively sought the convenience of contactless payments, digital wallets, and virtual payment solution to pay or be paid in a secure, seamless way, especially since the pandemic hit. According to Reserve Bank of India’s (RBI) digital payment index, there was a 40% growth in the adoption of digital payments across the country in a year through September 20211. But today, even newer innovations such as Digital Currencies await, with promising prospects of revolutionizing payments.

In its simplest form, digital currency is a digital form of cash, that is stored, managed, and exchanged digitally, directly between senders and receivers. It is thus different from the money stored in your bank accounts and used for payments or transfers. In a normal payment transaction done via online banking, UPI or even Cards, the money itself does not move from one entity to another; instead, an intermediary such as your Bank or a network like Visa, reconciles and settles the change in balances. When you transact with digital currencies however, the actual digital asset is transferred between parties akin to a payment with cash, without the need for an intermediary. Every transaction made through digital currencies is usually stored in a publicly distributed ledger running typically on the Blockchain - a digital database that records information in an immutable way and can be accessed by using cryptographic keys.

DIGITAL CURRENCIES: THEN AND NOW

Since the first ever digital currency network went live in 2009, innovation in the space has birthed a flourishing ecosystem of digital assets with new forms and applications that have evolved with time and captured the imagination of fintechs, banks, payment networks and governments across the world. Visa, for instance, has partnered with over 60 leading crypto platforms2 on card programs that make it easy to convert and spend digital currency across millions of merchants worldwide.

There are three main types of digital currencies— Cryptocurrency, Stablecoins, and Central Bank Digital Currencies (CBDCs). Cryptocurrency, the earliest avatar of digital currency, was an attempt to create a form of money that did not rely on a central intermediary; viewed by many as an asset similar to stock or digital gold, cryptocurrencies have faced several challenges including price volatility, lack of governance or regulation and importantly - from a user perspective - limited acceptance and interoperability. In the mid-2010s, Stablecoins were introduced. Issued by private entities, Stablecoins can be backed by assets and fiat currency and address the price volatility challenge, increasing the likelihood of being used for payments.

All eyes however are on CBDCs. Seeing the burgeoning consumer interest around cryptocurrency and stablecoins over the last decade, a number of central banks across the world have directed significant attention on developing their own digital currencies— CBDCs. These emerging payment innovations could potentially be used as legal tender for global commerce, much like fiat currency. Several countries such as Sweden and China have already launched their version of CBDCs via the e-Krona and e-CNY respectively. The Reserve Bank of India is also evaluating the introduction of a CBDC, a Digital Rupee, for India.

HARNESSING THE POTENTIAL OF CBDCs

CBDCs have several advantages over other digital payment systems; payments using CBDCs are final and thus reduce the risk of settlement. CBDCs could also potentially create a more real-time and cost-effective globalization of payment systems allowing say, importers and exporters to settle payment for goods or services directly, without the need of an intermediary. Indeed, given its advantages CBDCs can be used for diverse use-cases; for example, retail CBDCs for transactions between consumers and businesses, and wholesale CBDCs for conducting interbank transfers and settlements, offering significant value in terms of faster transfer rates, greater transparency and reduced transaction fees. From a risk perspective, since digital currencies are actual ‘bearer’ assets, access to which are controlled by cryptographic keys, possibilities of account takeover fraud are diminished. Further, the very nature of CBDCs make it easier to monitor both source and use of funds thus minimizing the risk of money laundering.

While digital currencies show promising potential, more work is needed to address concerns around privacy, user education and understanding and cybersecurity risk. A nuanced approach to implementation of digital currencies based on broad discussion and alignment across stakeholders is the best way forward. Any which way you look at it, the future of money is digital and the payments ecosystem must evolve and adapt to meet this change.

We can help you uncover opportunities in your market.
Connect with us